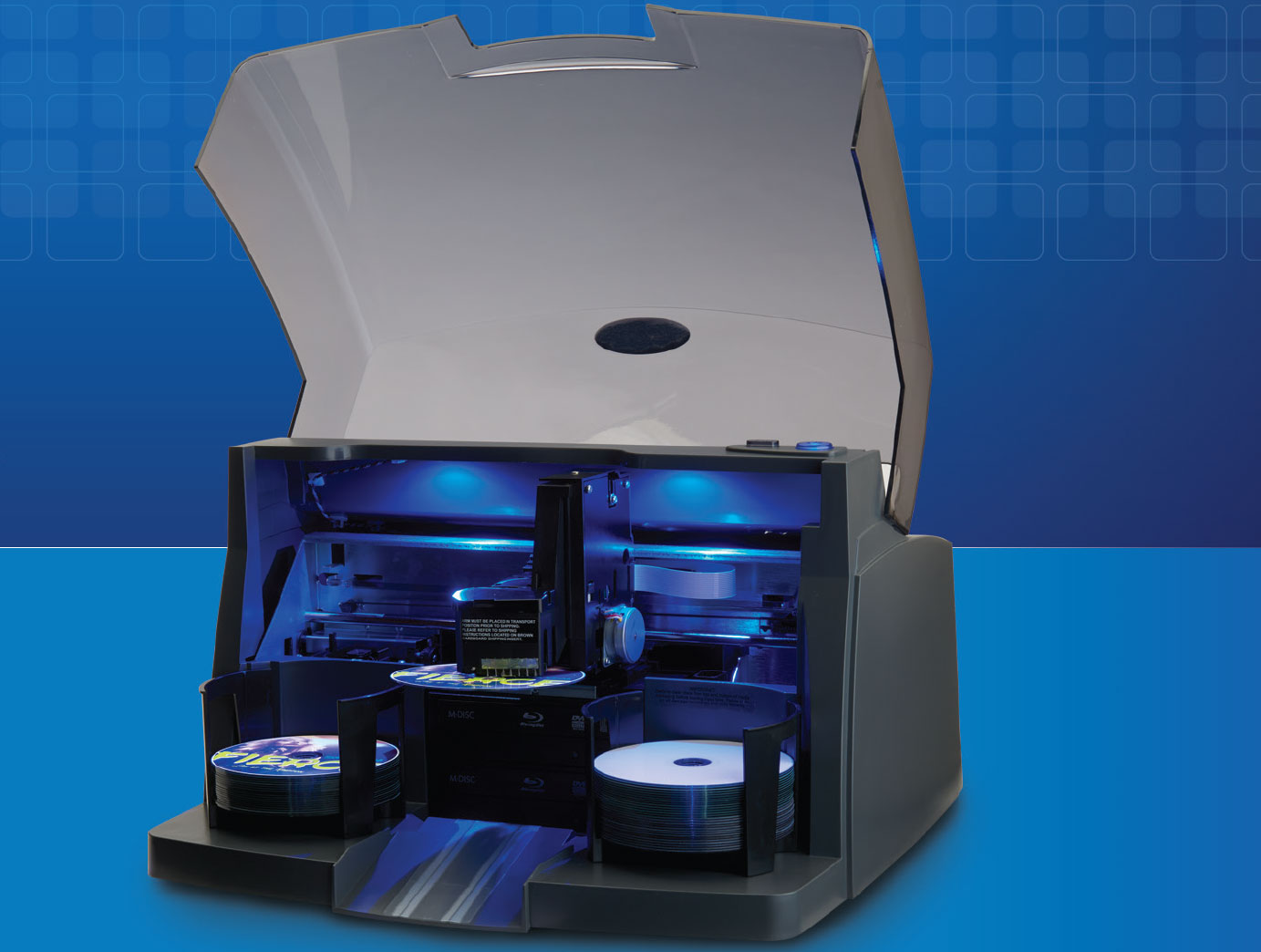 Starting at just $1995 MSRP (USA and Canada), Bravo 4200-series printers and disc publishers automate the process of burning and printing quantities of recordable CDs, DVDs and Blu-ray Discs. Using built-in robotics, discs are transported one at a time into either single or dual optical drives. After data is burned, the discs are transported to a high-speed, high-resolution full-color disc printer. The process repeats itself for up to 100 discs per job.

Bravo 4200 features the latest in inkjet printing technology from Funai Electric Company Ltd. Just one ink cartridge needs to be replaced instead of four tanks for CMYK, simplifying operation and on-going maintenance. This is especially important in applications such as PACS/DICOM systems in hospitals, police car video archival and other mission-critical applications where running out of even one color of ink shuts down the entire process. It also makes it easier to maintain just a single SKU instead of four as on previous models from Primera and others.

Despite the decrease in sales to consumers of physical discs containing pre-recorded music or movies, optical media continues to thrive in a host of varied applications. Just a few include military, law enforcement, courts and government, churches, schools and universities, hospitals for PACS/DICOM, recording and video production studios, television stations, archival and much more.

“Users of optical media now have another great range of rugged, automated disc publishers available to them,” said Mark D. Strobel, Primera’s vice president of sales and marketing. “We believe that Primera has sold more disc publishers than any company in the history of the business. Bravo 4200-series will continue that tradition in a wide variety of applications where performance and reliability along with an affordable machine and supplies cost are important.”

Features of the new Bravo 4200-series include: